Interrupted actions: The Past Continuous is often used when one action in progress is interrupted by another action in the past. We usually use when or while to link these two sentences.

Examples: Remember the longer action should be past continuous! 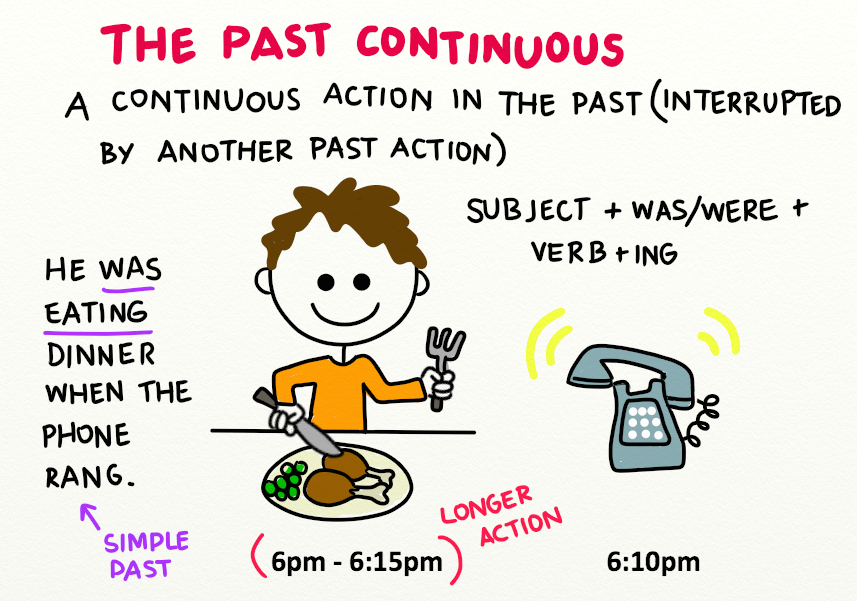